How To Eliminate A Bug Infestation In Your Garden After four long years of drought, we can safely say that 2016 is going to be a bit different. We’re finally getting some rain! And although our great state certainly needs it, our collective psyche as Californians might need it more. We ignored the drought as long as we could, until Gov. Jerry Brown started instituting measures to limit our water usage – or make us pay dearly for it. And as the recall of Gray Davis years ago showed, Californians really hate when you make us pay more for something.

So we got rain – hooray! But now that brings new challenges. For instance, fungus becomes a much bigger concern after heavy rain. You should be very concerned with any pest problem that comes your way as a homeowner; pests are one of the most destructive forces the modern homeowner faces. If you’re seeing a bug infestation in your garden, here’s how to get rid of it:

When it comes to dealing with bugs, there’s really two ways to look at it: do you want to use pesticides as the primary method, or would you like to reserve them as a last resort? Most people choose the second option, because it’s safer and requires less chemicals. Pesticides will definitely work, but you have to decide if they’re worth it to you. Aside from the inherent dangers these chemicals pose to humans, they can also have a negative effect on your pets or children.

If you prefer not to introduce any toxins into the equation, then we recommend looking for non-toxic pesticides and other less intrusive pest-fighting measures. But if you don’t mind pesticides, they are usually quite effective. Just don’t overdo it – this is still poison.

What other options do you have available?

So let’s pretend you don’t want to use pesticides yet. What then? Well, now we have to make some decisions. For starters, what’s your “acceptable level” of pests? Is an occasional earwig in the garden OK with you? As long as a pest problem isn’t out of hand or devastating your plants, a “live and let live” strategy can be effective. A few pests on your plants won’t be the end of the world – as long as the problem isn’t too drastic.

Secondly, you can avoid certain plants or vegetables in your garden to discourage pests. If you have a small garden for fun, consider removing edible plants or other enticing targets for pests. Half the battle is keeping them off your property in the first place. 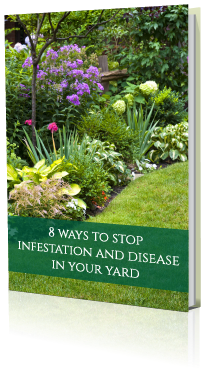